When the depth psychologist Carl Gustav Jung in 1937 gave his Terry Lectures at Yale University in New Haven, it became clear that the world of alchemy was as alive as ever. Jung commented on three dreams by Wolfgang Pauli, taken from the period when he had been in analysis with Erna Rosenbaum and Jung himself. The analysis with Rosenbaum started in February 1932 and lasted five months. Then Pauli worked for three months alone on his dreams. Only after a period of eight months did he begin to see Jung on a regular basis, till he ended the analysis in October 1934. The selection of Pauli’s dreams that was published by Jung with a commentary in Psychology and Alchemy covers a period of nearly ten months. Since Pauli was born on the 25th of April 1900 most of the published dreams are from the 32nd year of his life.

Pauli ended the analysis after he had met Franca Bertram and was married for the second time. He hoped that life would solve the remaining emotional problems. But the unconscious kept sending him dreams which needed careful interpretation. Pauli felt in particular embarrassed by dreams that contained symbols from physics and mathematics. They seemed to point to a hitherto unknown dimension of reality beyond quantum physics.

At that time it had become clear that quantum physics provided a satisfactory description of atomic phenomena. One had to take into account, however, that the world of atoms exhibited two aspects, a wave and a particle aspect, which were related to each other in a complementary way. This meant that in certain experiments the wave nature of atomic phenomena was in evidence, whereas other experiments showed its particle nature. It was not possible to combine these two aspects of the same atomic world into one mental picture of the behaviour of atoms. Only the abstract mathematical language of quantum physics bridged the gap between the wave and the particle aspects of atoms. 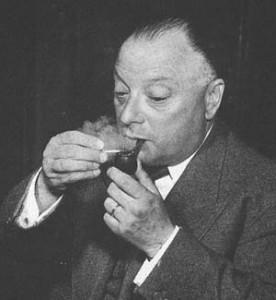 The theoretical physicist Albert Einstein did not like the various consequences of this wave-particle duality. He insisted,  in contrast to what his Danish opponent Niels Bohr asserted, that the quantum theory must be incomplete. His argumentation, published in 1935, was obscured by the fact that he just had left Germany and the English rendering of his thoughts was not correctly accomplished by the co-authors Nathan Rosen and Boris Podolsky. Nevertheless, the idea of incompleteness affected Pauli inwardly. In a dream Einstein appeared to him and showed him that quantum physics only described a one-dimensional intersection of a two-dimensional, more meaningful reality. Years later Pauli wrote to Jung;

‘This [dream] was apparently connected with the controversy [between Niels Bohr and Albert Einstein] and seemed to contain a sort of response to it from the unconscious. It showed me quantum mechanics and so-called official physics in general as a one-dimensional section of a two-dimensional, more meaningful world, the second dimension of which could be only the unconscious and the archetypes.’ (Letter of Pauli to C.G. Jung, May 27, 1953, in:  Atom and Archetype)

In the years following this dream Pauli tried to find a new language that could make the hidden dimension in nature accessible to the intellect. Since this dimension is neither physical nor psychical, Pauli concluded that this language should be neutral with respect to the distinction between psyche and matter. In his correspondence with Jung he made a number of attempts to construct this neutral language from the physical and mathematical symbols that frequently occurred in his dreams. But Jung himself was not convinced and the unconscious neither. Pauli suffered frequently from emotional affects that manifested themselves outside as the so-called Pauli-effect. Many anecdotal accounts have documented how Pauli exerted a malicious influence on experimental equipment. When he came into a room, equipment sometimes spontaneously exploded into many pieces! Pauli himself always felt an unpleasant inner tension before the actual _Pauli-_effect occurred, afterwards, he felt relieved and freed from tension. 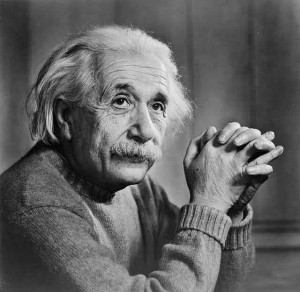 Since Pauli published very little of his inner search for the connection between matter and psyche, the discussion on the possible incompleteness of quantum physics scarcely did take into account the unconscious. Einstein himself developed his argumentation much clearer showing that there were two alternatives concerning quantum mechanics;

A1. The physical description through quantum states is complete.

A2. The physical states of objects that are separated from each other by space are independent.(principle of separability).

He could argue that quantum physics was incomplete in case the separabilty principle holds. At the same time he realized that this conclusion could be avoided in two possible cases: 1. a measurement performed in an area  A can telepathically change the physical state in an area B (non-locality), 2. objects that are separated from each other by space are not necessarily independent (non-separability). He found both possibilities absurd. If quantum physics happened to be correct, but incomplete, an alternative theory would exhibit strange features like non-locality or non-separability.

David Bohm proposed in 1952 a thought experiment involving a quantum-physical variable called spin discovered by Pauli in 1924. This thought experiment was called the EPRB-experiment after the names of Einstein, Podolsky, Rosen and Bohm.  Bohm himself developed a theory that in some sense was more complete than quantum physics, but violated the principle of locality, one of the cornerstones of Einstein’s relativity theory. Pauli  rejected theories like the ones that had been proposed by Bohm. For him the trouble with quantum physics remained its incompleteness with respect to the psyche. He knew that the Pauli-effect constituted a specific example of what Jung had called synchronicity. The idea behind this principle is that outer and inner events which are in no way related to each other in a causal way nevertheless appear to be connected with each other through their common meaning. One can understand synchronicity best as the principle of meaningful chance.

John Stewart Bell was an Irish physicist working at CERN and much concerned about the fundamentals of quantum theory. He did not like the interpretation of quantum physics  put forward by Bohr (the Copenhagen interpretation) and he wondered whether physical reality could behave in a way that would have been more pleasing to Einstein. Bohr always spoke about the impossiblity of making any sharp separation between the behaviour of atomic objects and the interaction with the measuring instruments. Einstein insisted on an objective physical reality that could be thought of as existing apart from the way of observing it. Bell derived in 1964 for the EPRB-experiment an inequality on basis of two assumptions that always had been dear to Einstein:

‘Well, you see, I don’t really know. For me it’s not something where I have a solution to sell! For me it’s a deep dilemma, and the resolution of it will not be trivial; it will require a substantial change in the way we look at things. But I would say that the cheapest solution is something like going back to relativity as it was before Einstein, when people like Lorentz and Poincaré thought there was an aether (…) Behind the apparent Lorentz invariance of the phenomena, there is a deeper level which is not Lorentz invariant.’ (Ghost in the atom, pp. 48/49)

Lorentz invariance is a technical term pertaining to systems of reference in electromagnetics and relativity theory. If phenomena in our world obey this invariance, it is guaranteed that there is no faster-than-light signalling. Sacrificing Lorentz invariance would bring the aether, once abandoned by Einstein, back into the discussion. There would be some preferred system of reference in which things would go faster than light. Bell added: ‘There is a real causal sequence which is defined in the aether. Now the mystery is, as with Lorentz and Poincaré, that this aether does not show up at the observational level. It is as if there is some kind of conspiracy, that something is going on behind the scenes which is not allowed to appear on the scenes. And I agree that that’s extremely uncomfortable.’ (Ghost in the atom, p. 50) 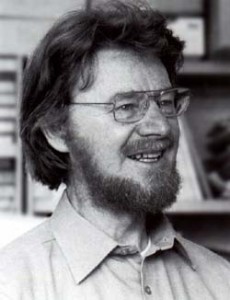 In 1990 Philip Engelen, a film-director of the Dutch broadcasting company IKON, decided that he wanted to interview John Bell for a series of documentaries about the world of C.G. Jung, called Passions of the Soul. I myself was as scientific advisor involved in this project. At the time I had assembled many dreams of Pauli from the historical archive of the Polytechnic in Zurich. The dreams were contained in the letters Pauli had sent to C.G. Jung and his co-workers Marie-Louise von Franz and Aniela Jaffé. I knew that Bell had difficulties with the Copenhagen interpretation of quantum physics and that he didn’t like Jung’s idea of synchronicity. I wondered how he would react to dreams of Pauli related to the EPR-controversy. So I made a map with some dreams relating to quantum physics. We wondered how Bell would respond to the idea of the unconscious as the hidden dimension behind the scenes.

Engelen sent the request for an interview together with the map with Pauli’s dreams to CERN. That must have been in the second half of September. The secretary of Bell replied that Bell was willing to give an interview to the IKON. But three days later or so, Bell suffered a cerebral hemorrhage. As a consequence he died on the first of October. Jeremy Bernstein was one of the first who heard the news from Bell’s wife Mary: ‘In the fall of 1990 I invited John and Mary Bell to a conference in New York where Bell would speak about the quantum theory. On Sunday, September 30, just a few days before the Bells were have to leave Geneva, Mary Bell called me with the horrible news that John had, that morning, suffered a massive cerebral hemorrhage. There was no warning at all. Indeed, only a few days earlier he had been examined by a local doctor and found to be in excellent health. The following Tuesday, John died. He was, as I think my profile shows, absolute unique. His death left a void in our profession and a void in my life. After he died, several of my colleagues told me that prior to his death they had nominated him for the Nobel prize in physics for 1990.’ (Quantum Profiles, p. 91)

It is remarkable that John Bell unexpectedly died after he had read some dreams of Pauli, among them the dream related directly to the EPR-paper. Could his death be conceived as resulting from a Pauli-effect? We will never know how much the request by the IKON and the map of dreams had affected Bell. We only know that his last days were probably devoted to a central question in his life: ‘What is there behind the scenes?’ Maybe he found a convincing answer by dying.

P.C.W. Davies & J.R. Brown (eds.), The ghost in the atom. A discussion of the mysteries of quantum physics. Cambridge: Cambridge University Press, 1986.