I was born in 1952 in Alkmaar. In 1970 I started to study mathematics and physics. I took my doctor’s degree in theoretical physics at the University of Amsterdam. In 1984 I left this academic specialty in order to concentrate on the relationship of modern physics and depth psychology. For some time I worked as a science journalist. For ten years after 1985 I got grants from the Free University Amsterdam. First I did research into the god-images present in the debate around nuclear armament. Next the Free University asked me to start an investigation into the relationship of modern physics and religion.

In July 1988 I had a conversation with Marie-Louise von Franz, the former co-worker of Jung. She advised me to study the letters the theoretical physicist Wolfgang Pauli had sent her during the time he made a serious effort to heal the split between spirit and matter, science and religion. In particular the dreams contained in those letters attracted my attention. With the help of the Swiss Jungian analyst, Eva Wertenschlag-Birkhäuser, I began interpreting those dreams. A Dutch broadcasting company, the IKON, used the first fruits of this research for a series of documentaries about the world of Jung, called Passions of the Soul.

The main results of my investigation into Pauli’s dreams were presented in June 1993 during a conference in Ascona, organized jointly by the Polytechnic Zurich and the Swiss C.G. Jung Institute. In 1995 my contract with the Free University expired. Since then I make a living as a free-lance journalist and teacher in alchemical symbolism. In 2002 I published a book on Pauli’s later dreams: Wolfgang Pauli und der Geist der Materie (Wolfgang Pauli and the Spirit of Matter). Around the same time the Journal for Jungian Studies Harvest published an English translation of Pauli’s active imagination Die Klavierstunde (The Piano Lesson) with a commentary by theoretical physicist Fredrerik Wiegel and me.

The next goal in my life was to continue the work done by von Franz on number archetypes. I wrote a book about the first thirteen integers from a Jungian point of view: Modern Alchemy. Number archetypes, the Feminine and the Mayan Calendar. If you want to make a link between number archetypes and developments constellated in our time, you should count up to number archetype thirteen. Eleven refers to the bridge between duality and Oneness. You need base-12 mathematics to understand astrology, crop circles or Jewish mysticism. Thirteen is an important number which the Maya use in their Sacred Calendar and in the so-called Long Count that ends on December 20, 2012. 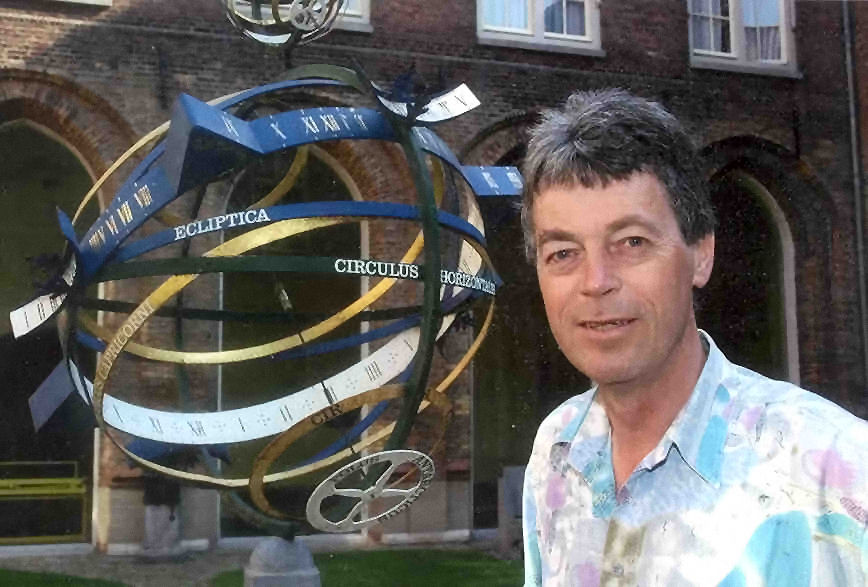 At the moment I make an effort to understand autism as a form of high sensitivity related to right-brain dominance. Visual-spatial abilities are the domain of the right hemisphere; sequential abilities are the domain of the left hemisphere. The right hemisphere of the brain thinks in pictures, is the source of creativity and lives in the here and now. The left hemisphere of the brain thinks analytical, adapts us to the culture we live in and is the source of our sense of linear time. I expect that both hemispheres will function more as a whole in the near future. We will have access both to linear skills and autistic talents.

Some papers related to depth psychology and mathematics:

About the Piano Lesson, an active imagination by Wolfgang Pauli: Pauli and Jung

About my two encounters with Marie-Louise von Franz: Bridging the gap

About Wolfgang Pauli, quantum physics and the last days of John Bell: Pauli and Bell