Karin: “As a child I experienced life in various aspects as heavy. I felt dejected and unsafe in certain surroundings. The people, the noise and all the sensorial impressions came in strongly and caused chaos in my brain.”

Wally Wojtowicz, Jr.: “Now I look to other people because I need their help to live and for their companionship. I now can see our world, the reality that we both are sharing. In our world I am the happiest. In my world I was the loneliest. In your world I was the most frightened.”

Leslie Morrison, behavioral analyst: “It’s not a punishment to have a child with autism. In fact, it’s an absolute gift. I’ve learned so much about myself and learned to be as authentic as I can … from them. And when I feel love from these kids, that is the biggest gift that they can give.”

Autism shows so many different faces that we now speak about the autism spectrum. It is regarded as a brain development disorder, even though a cause for it has not been found. Common to the various forms of autism that show up during childhood is that social and cognitive development deviates strikingly from normal development. To have a diagnosis of autism a child must have impairments in three different areas: social interaction, communication and imagination. The diagnosis does not reflect anything about intelligence. Children with autism clearly live in their own world and have difficulties relating to the complex social environment of modern society. 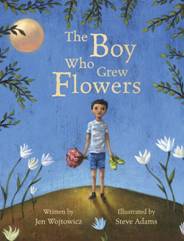 There is no commonly accepted explanation for autism. What we know is that children with autism process information differently in their brain. They do not have the filters that other children use in dealing with the sensory information from their surroundings. They are highly aware and very sensitive to stimuli other children do not even notice. They do not always know how to make a meaningful selection of all that information. That is why it is so important for them that some kind of communication is established with the outside world. They react best to positive reinforcement and love.

It is often said that people with autism don’t have a theory of mind. They have difficulty understanding what is going on in the mind of another person. But Leslie Morrison has observed that this viewpoint is outdated. In her view children with autism have a natural gift of empathy. They don’t socialize or interact much with others but can show profound compassion at crucial moments. Many parents have also experienced that their children can easily forgive them for the many years that they were less than pleasantly treated out of a lack of understanding.

Children with autism often have a difficult time at school. They have problems in planning, organizing, monitoring and adjusting their behavior and work. They lack the overview needed to plan their activities in time and they can’t react flexibly to circumstances which change suddenly. Even though they are highly intelligent, they still have learning difficulties, since their brain is functioning in a different way. Moreover they are easily distracted by all the noise and chaos in a school system. What they need is structure, i.e. a clearly defined and predictable educational environment.

To some extent autism seems to reflect right-brain dominance. Visual spatial abilities are the domain of the right hemisphere; sequential abilities are the domain of the left hemisphere. The right hemisphere of the brain focuses upon visions and feelings and apprehends movement in space. It thinks in pictures and is the source of creativity. The left hemisphere of the brain is concerned with words, concepts and categories. It thinks analytically and is the source of our sense of time. The left brain is linear, whereas the right brain is non-linear and lives in the here and now.

People with autism may have remarkable, so-called savant abilities in some specific areas of the human repertoire like music, art or mathematics. Daniel Tammet has savant syndrome in the field of calculating. He also uses numbers to understand emotions. He writes in Born on a Blue Day: “Numbers are my friends, and they are always around me. Each one is unique and has its own personality. The number 11 is friendly and 5 is loud, whereas 4 is both shy and quiet — it’s my favorite number, perhaps because it reminds me of myself.”

Autistic talents are easily dismissed when the environment does not succeed in bridging the gap in communication. Non verbal people with autism live in silence. When they are able to express themselves using a method like Facilitated Communication, it often turns out that they have a language of their own, that they are thinking in pictures and can share their thoughts telepathically with other people on the autism spectrum.

In our time more and more children are being diagnosed with autism. Several explanations are proposed like improvement of diagnosis techniques, vaccinations or chemical pollution. These explanations overlook the possibility that the increase of autism might have a spiritual reason. It may reflect the next step in human evolution. William Stillman has discovered that the true secret of autism lies in the field of spirituality. We should look beyond labels to unveil the spiritual gifts of people with autism. He calls them heart savants and he remarks in The Soul of Autism: “We so dearly need people with autism and other differences—in their mild, unaffected manner—to lend balance to the world, and refocus us on what’s truly important.” 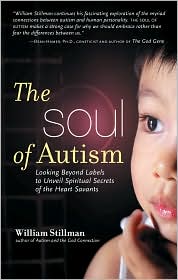 The Dutch therapist Hans Lemmens has observed that children with autism have a loose connection with their body, they have a loose incarnation. As a consequence they are nearer to the spiritual world than other children. Michael, then 15 years old, explains in Autism and the God Connection by Stillman: “My choice was to lead people home to their source. It requires a broken body. It is the beauty of it: a whole soul is a broken body; a broken soul is a complete body.”

People with autism are not really different from other people. In the core of their being the issue is love. They can exercise great patience to show their love. Jen Wojtowicz, author of The Boy Who Grew Flowers, remarks of her autistic brother: “Without him, how we would be the people that we are, if we hadn’t been given that opportunity to love someone unconditionally? It’s been a remarkable window to see that other people have other ways of going about their life that are as valuable and valid as a normal person.”